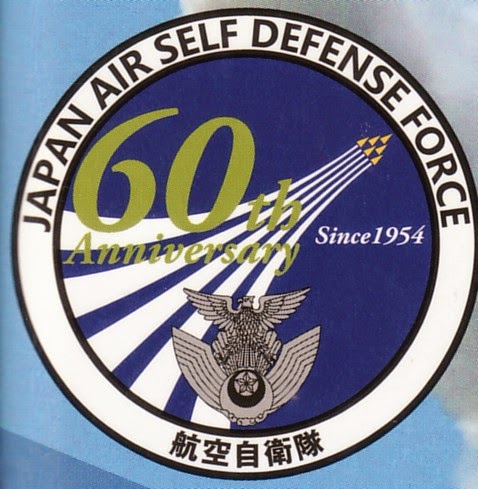 As the Japan Self Defence Force (JSDF) celebrates it 60th anniversary, the Force aerobatic team, Blue Impulse, is itself in its 54th year and is commemorating the JSDF’s Anniversary in 2014 with 17 displays at airshows around Japan during the year.  In a tribute to the Anniversary, here is a snapshot of the team’s immaculate presentation and choreography.

Founded in 1960 and originally known as ‘Tenryu’ it took on the more recognisable and present title soon after.  Initial equipment was the F-86F Sabre, and this mount was replaced in 1980 after 20 years service by the Mitsubishi T-2, which served until 1995.  The T-2 was subsequently replaced by the currently operated T-4.


The team (officially 11 Sqn/4th Air Wing) is home based at Matsushima Air Base and operates nine examples of the T-4, two of which are back up aircraft.

The images below were taken during the final display of the 2013 airshow calender.

In 1954 following the law which approved the creation of the Self Defence Force (JSDF), it consisting of three services, the JASDF (Air Force), JGSDF (Army) and the JMSDF (Maritime). The latter command’s primary task was the defence of ’s coastline and the security of sea routes in territorial waters, a mission unchanged to this day.  The Navy supplied the initial platform to conduct these missions in the form of the Lockheed P2V Neptune powered by Wright R3350 turbo-compound’s and 48 were assembled by from 1956.  The P2V-7 served until replaced by the licence built P-2J, beginning in 1969. The latter was a turbine version of the P2V powered by licensed built General Electric T64 engines.  Some 83 examples were manufactured and gradually replaced the P2V-7’s into the early seventies.


In turn the P-2J’s were themselves replaced from 1982 by built P-3 Orions, manufactured also under licence from Lockheed with deliveries beginning in 1982. A total of 110 examples were built of which 74 are on charge across five Fleet Air Wings, (FAW 1,-2,-4,-5 and 31), the latter Wing plus SQN 51 operate electronic versions of the aircraft designated UP-3C/D, EP-3C and OP-3C. In addition, Air Training Command’s 203 SQN operate a number of P-3C’s.

Air Patrol Wing 5 use call sign (TIDA), meaning ‘The Sun’(local dialect ‘Utina Guchi’) and the subject of this occasional report from Japan, is home based at Air Base Naha, Okinawa, operating 51 and 52 Flight with some 12 P-3C Update 111 examples on line.

In addition to the primary missions mentioned above, 5 Wing also monitors the approaches to the southwest islands, offshore drilling rigs in home waters and is on response call for regional disaster and relief operations. Since 2009 a detachment of two examples are on rotation in partaking in the multi-national anti-piracy operation.  Recent tensions with over disputed islands to the southwest of Okinawa (5 Wings area of responsibility) is on-going, and thus has ensured increased missions from around the clock.  Several instances have been reported of Chinese fighters and surveillance aircraft flying recklessly close to 5 Wings P-3’s while conducting routine patrols in this area, following the recently implemented (and unrecognised by Japan) ADIZ.

In house 5 Wing Maintenance and Supply Sqn are fully equipped at Air Base Naha, to undertake checks on airframe, powerplant, electronics, ordinance and survival gear, plus the important task of procurement of the Wings inventory. 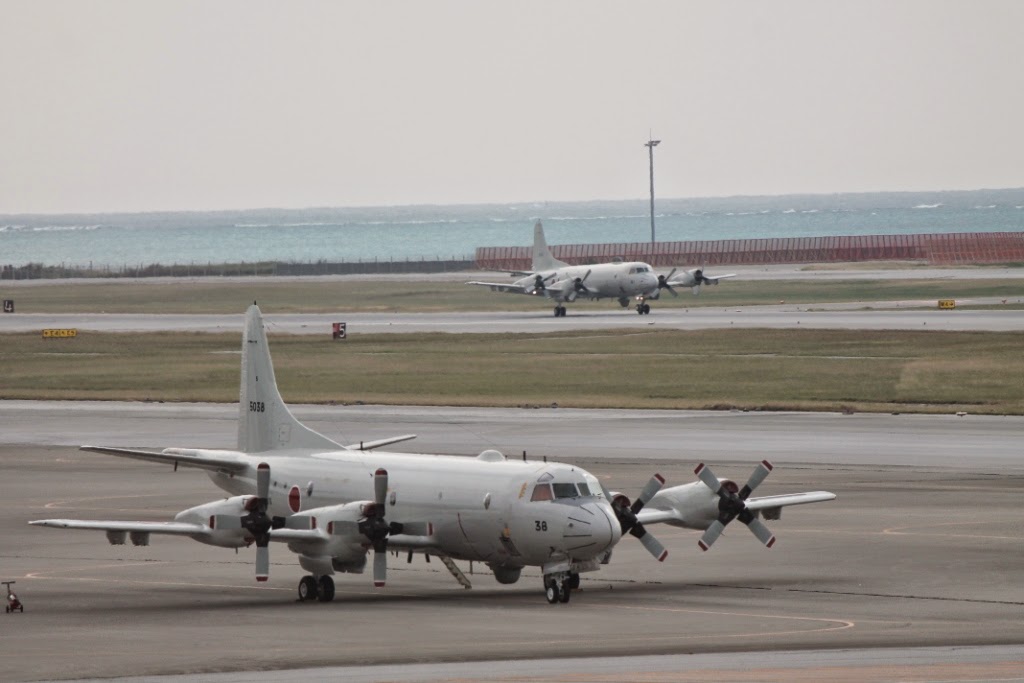 For the future a requirement for the eventual P-3 replacement will be focused on the indigenous P-1, several of which are currently undergoing development flying trials.  The number envisaged for the JMSDF is 70 aircraft.

Last month (July 2014) was the 60th anniversary of the unified military JSDF.