Nadi International Airport (NFFN/NAN) lies on the shore of Nadi Bay on the west coast of Viti Levu island, overlooked by the Sabeto Mountains which offers a very picturesque scene.  The airport is the centre of aviation in Fiji, is HQ of Fiji Airways, the domestic hub for the Fiji Islands, and houses a buoyant General Aviation, rotary and charter facility.  The nearby island group of Mamanuce with the idyllically named islands of Castaway, Beachcomber, Treasure and Musket Cove are some on the periphery of the bay, which are all within a day return trip from Port Denarau Marina (on Nadi Bay) for visitors longing for those golden beaches with swaying palms, straight out of the brochures. A few of the islands have airstrips able to handle BN-2 Islanders and Twin Otters, but the majority of transfers are by boat with the alternative being float planes, amphibians and helicopters.

Turtle Airways operate DHC-2 Beaver floatplanes for transfers from their exclusive New Town Beach jetty adjacent to Nadi Airport.  Kokomo Yaukuve resort operate their own Twin Otter-400 amphibian. Pacific Island Air provide transfers with amphibious DHC-2 Beavers and DHC-3T turbine single Otters from Nadi Airport’s domestic terminal. The seaplane option however does open up access to all the islands in the area. They also fly BN-2 Islanders and helicopters.  Island Hoppers operate rotary and PAC750’s which include Freefall Fiji options, while Heli-Tours and Sunflower also compete. The National Carrier, Fiji Airways concentrate on domestic schedules from Nadi (and Suva, the capitol) to all major centres with ATR-42 and ATR-72 equipment, along with a trio of Twin Otter 300’s.
A selection of images taken in Dec 2016 are below. 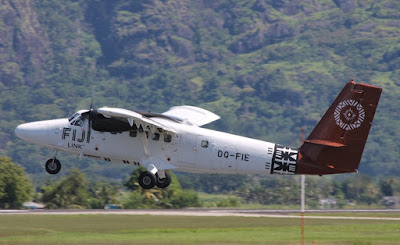 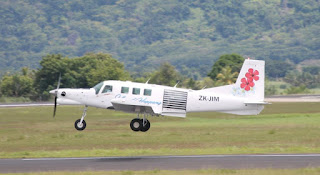 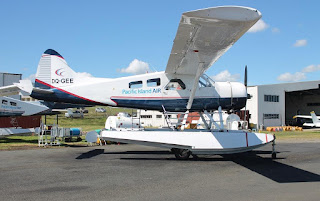 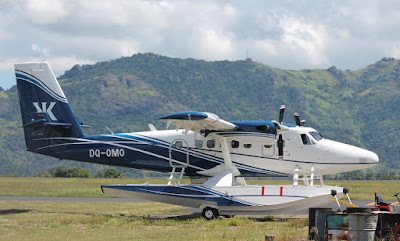 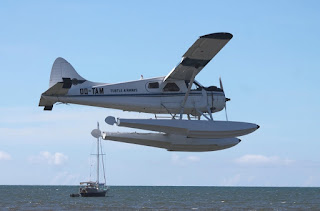 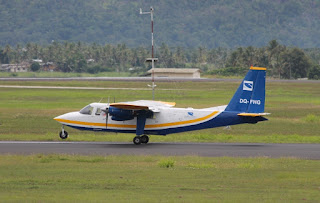 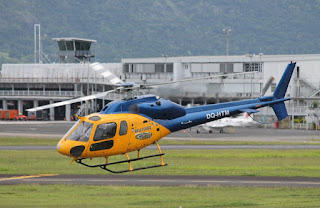 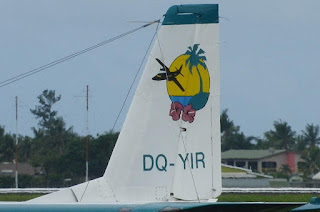 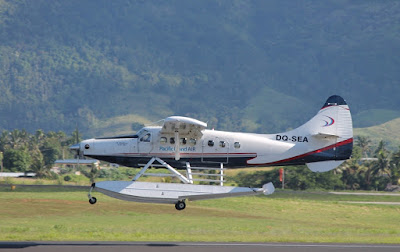 Thanks to GAFLIKS for providing this report.
Posted by Andrzej at 05:04